Great Article, but I was 4 years too early!

I read this and just had to share.  This blog reads more like the diary of  a lunatic, but it all started with working for a company.  And getting to the point where there was really nothing left to lose. If you think maybe something is not right and want to read a really interesting article, take the red pill. If you want to keep dreaming, take the blue pill.

It takes a little while, and you are kind of unsure of yourself.  But taking the red pill has a few advantages.  I can not really explain it, but afternoon naps in the sunshine comes to mind.

There are times when it starts to seem like you might have made a mistake, like this winter when it was cold enough to cause involuntary gender re-assignment in the shop.

The IRS monster took his anger out, and somehow I avoided incarceration, even after I once visited a web site that may have been mildly critical of certain officials.  (it was an unintentional click, for the record. Did you get that NSA?)

And eventually some like minded folks are starting to appear.  And we are really starting to think we might actually make it out of the Matrix.

I got some new artwork for the packaging. It is going to be replacing all the old artwork.

Older style packaging will still be used while supplies last. In other words, if you buy a pack of DBX bases 10 years from now it will most likely have the old tag on it.  If you get some 25mm rounds tonight it will have the new one.

This guy is going to be doing new artwork for me, including some actual instructions for the kits.

Are we starting to sound legit or what? Instruction diagrams! OMG!

The web page is finally being re-made. My son's girlfriend had to do a web page for a college project and I thought this was pretty much the most convenient event since I found that MRE under the seat of a 5-ton when I was in the desert and hungry. She is working on the project as we speak.


With the return of warmer weather things can actually happen. Including ludicrously optimistic ideas such as this. 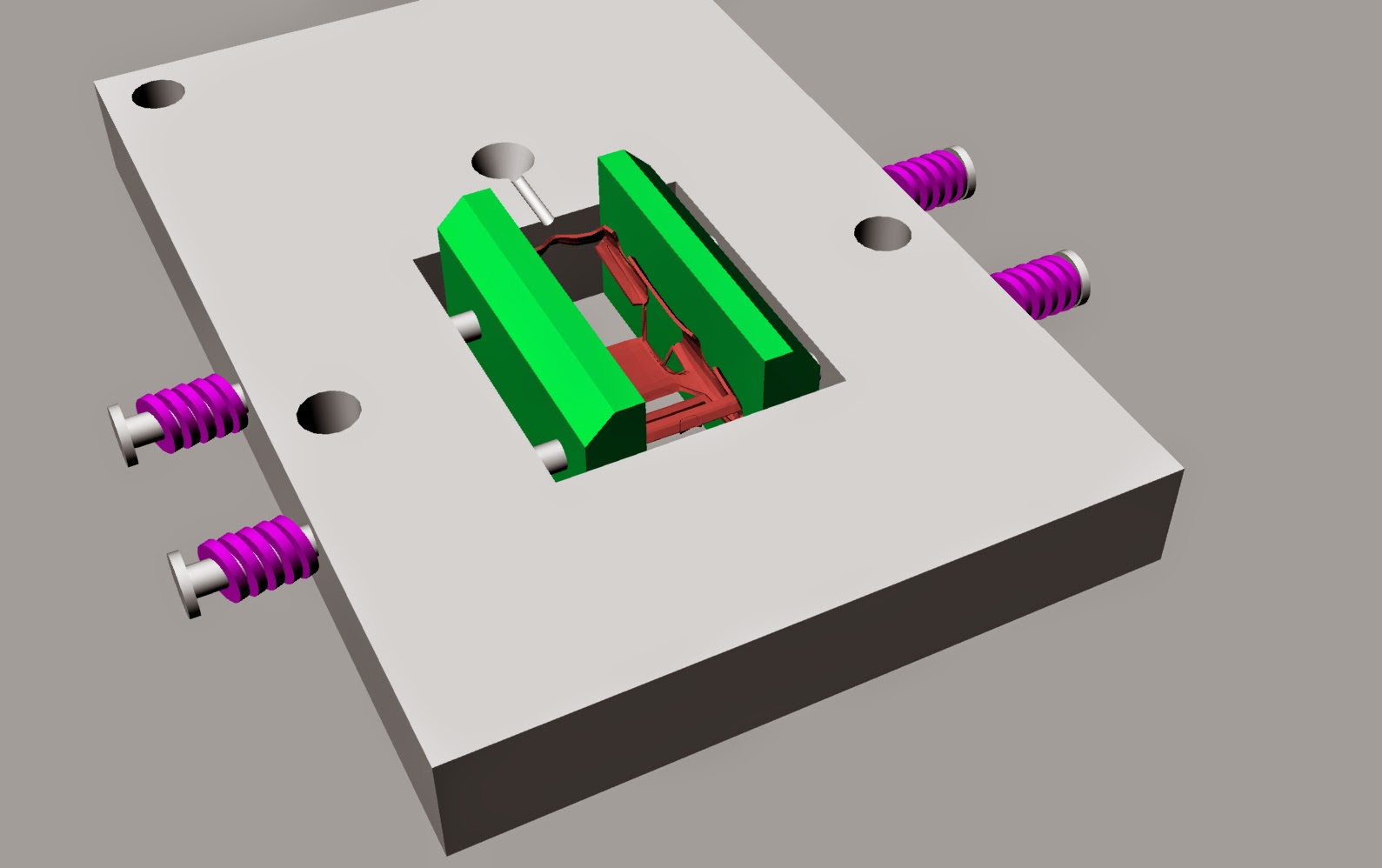 This is a future challenge. The side pull- cam action mold.  I am trying to convince a major corporation to grant me a license to make a car model. They seem to expect a certain level of professionalism.  Let's hope they can have a "what the hell" moment and tell me to go ahead.

Below are the results of a couple of things. I made a smaller version of the modular building for someone's kick starter and it failed to fund. A first for kick starter it would seem. I hope to run some of these soon and get them in the store. 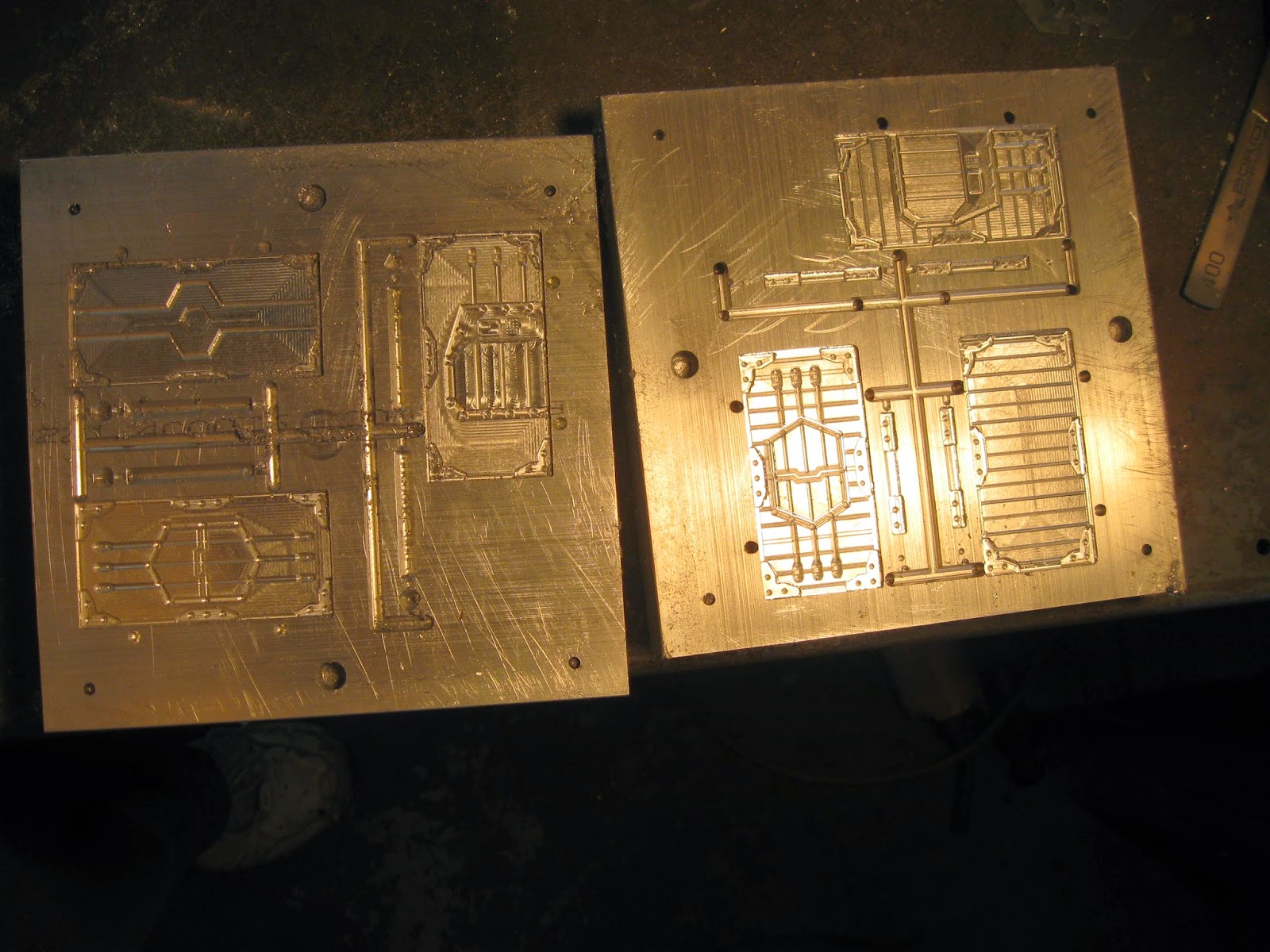 And you know what this is? One half of yet another attempt at making infantry.  Will post pics of whatever pops out, no matter if it fails, ( again) or succeeds.  ﻿ 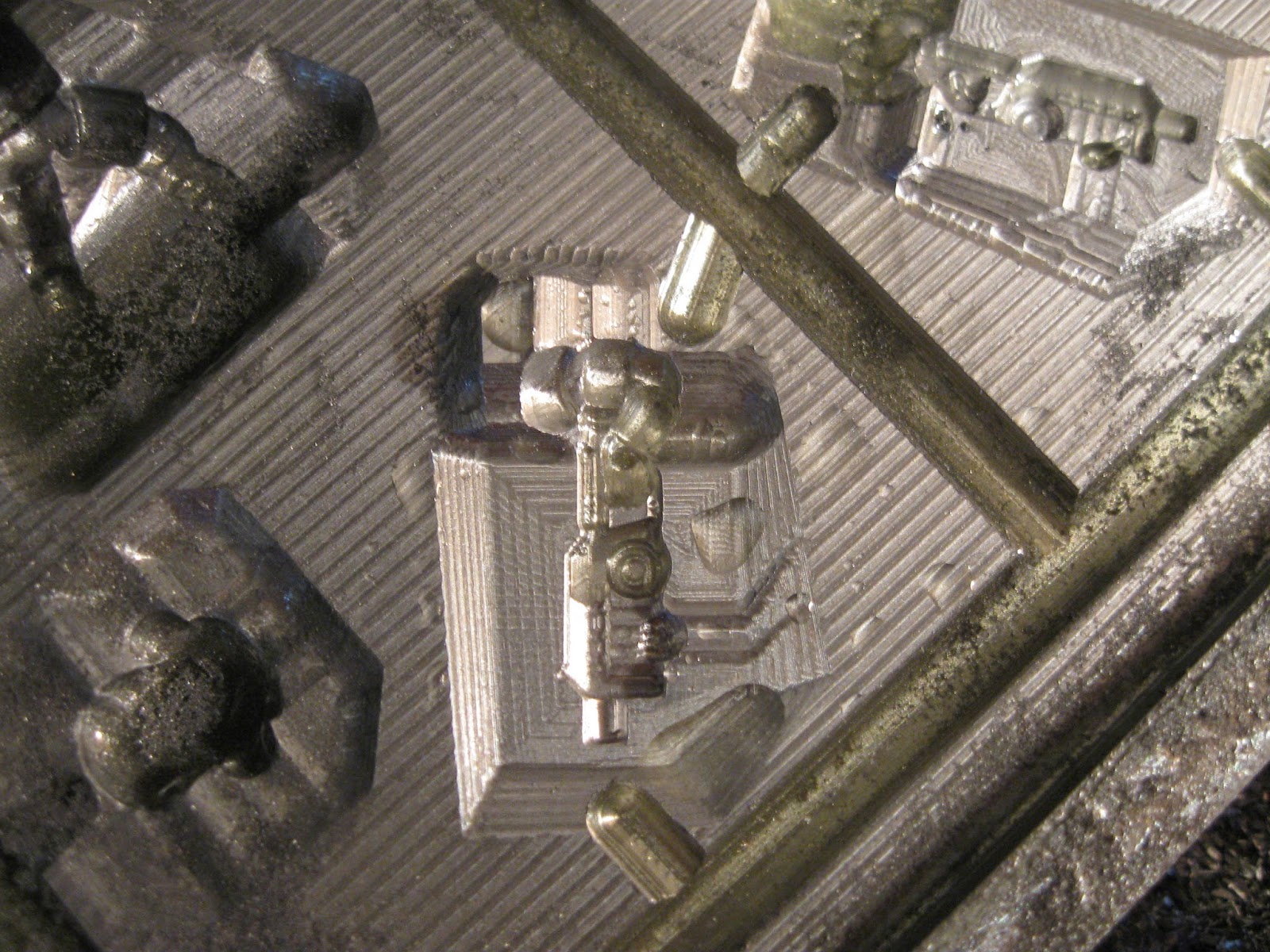 After that, there is more to come. Lots more. I get a lot more done with a few henchmen carrying the bags and opening doors.
Have a great weekend folks, and I hope the red pill did not make you crazy.
﻿
Posted by Ken Krout at 1:53 PM