Back to the Future

Well, Happy New Year to one and all.

Today is the last day of 2017, and I always make a point to plan out the things I will fail to do in the coming year. Sort of a tradition. It is better to have planned shortcomings than just a random selection of shortcomings.

2017 was pretty good in a lot of ways. The groundwork for a many things continues to fall in place.  At this point the gremlins wars are calming down, and although they fought a valiant fight things are working in spite of their efforts.  And working pretty well. I broke 2 hardened steel taps off in metal and simply burned them out with the EDM sinker. Nice. Broken taps can be a huge problem if you do not have the means to melts the hardest material with the softest.

CNC is cutting with  a vengeance- 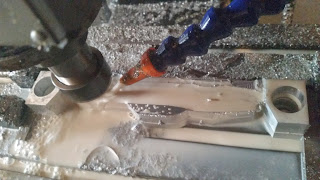 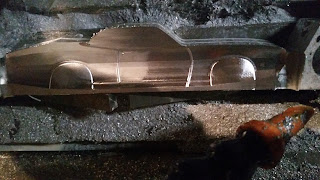 And we got a new shop heater. 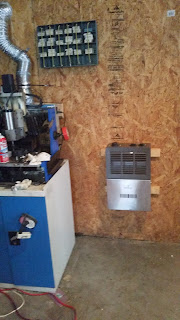 Does it work?  Better than expected. 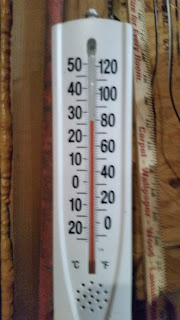 Ok, that last picture is really misleading, but it helps a little.

So the shop is running very well. Still anxiously awaiting the new Makerspace opening next month, and hoping to find someone passionate about creating something.

As a last minute tax write off, the shop will be adding a crucible and furnace to melt metal and stocking up on fine grain graphite for electrodes. Both are in the mail as we speak. The crucible should allow for melting and casting brass electrodes. Not sure if it is going to work, but figured it might be worth a try.

In addition the old computer is having a good cleaning and looking over some files. 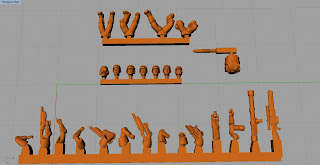 Take this picture for example. This is a LOT of work just going to waste. I made all these guys, they are 3D printable and a single watertight single mesh each. When I printed them they are the correct height but look puny next to "heroic" scale minis. They are anatomically correct and therefore out of place in the grim dark future. So they were just forgotten about.

But it only took a little time for me to mess around and now they are much more compatible. They are still not He-Man carrying an engine block, but they are fine. So got to pencil them in for the near future.

Overall, that is my main goal this year. To FINISH projects before I get side tracked.

Hobbywise, for the most part the year had an overall theme was overcoming ADD. That is the persistent practice of jumping from one thing to the nest. (Oh look! New and Shiny!)

The first step is admitting I have a problem.  The realization came when I spent $100+ on the year end FFG sale of 2016 and purchased a huge amount of stuff for Warhammer Roleplay. As a general rule I have not liked  many of the games I pick up from FFG and this was no exception. A quick read of the rules and I knew it was going to do nothing but set on the shelf, like everything else. What a waste, but I learned a valuable lesson. DO not buy something you do not want just because it is cheap. Maybe someday it will get used but most likely it will hit E-bay. Shipping is going to be a killer.

So why keep up a frantic pace of consumption of new things? This idea has been cooking in my head for some time and it has finally evolved in to grim resolution. In the past  a couple of friends decided to get in to 15mm WW2 using the Flames of War rules. $200+ and a completely painted army netted me a single game before they had discarded the rules and raced on to something else.

There is another problem with all the new and shiny. There is so much to do that time restraints are simply too difficult to overcome. And finding a group or persons who are of the same mindset can be challenging. I have really taken some time off from minis gaming in general because of this. Age of Sigmar really killed things for me in a lot of respects. It was  real heart breaker. Here are my Warhammer armies, or at least some of them. 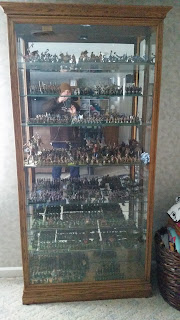 All retired now I guess. Oh, and let's not forget the lead pile- 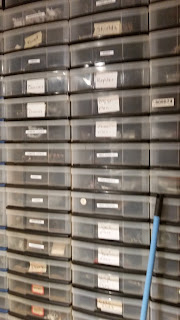 If I could have zoomed out it would have looked like this.

There is a possibility of using them for Kings of War and I have purchased those rules, they just do not really inspire me a lot. It seems really suited for tournament play and I like a rules set that creates a narrative more than straight up competition.  So fantasy miniatures wise I think things are going to be on the back burner again this year.

I did discover on Youtube that people are playing games solitaire.Guards Counterattack playthrough  I will be trying this out many times to re-learn the system. Here is an excellent and amusing battle write up by a first time player and it shows the craziness that makes ASL such a blast to play.Guryev's HQ battle report

I used to be a huge ASL (Advanced Squad Leader) fan years ago and realized that I have been missing it. I always wanted to play ASL with miniatures and that project is now making a comeback. I purchased a program called Hexdraw that allows me to make maps and print them out as large as needed. Here is board 1 enlarged using Hexdraw- 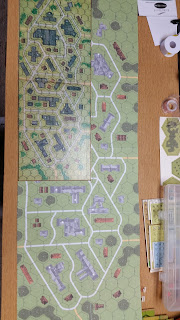 The old board is laying on top in the top left and the one I printed out is below it. I am still tinkering with the size and scale I plan to use. I could continue to enlarge up to the size that 1/72 scale models can be used.  It has always been a crazy idea of mine to play 40K setting and forces using ASL rules. I have some 1/72 scale WW2 stuff and have a 3D printed 40K tank. The boards would be pretty good sized when finished. Thankfully I have this eco-tank printer so printing things out is really cheap.

I purchased that board back in about 1977 or 78. I used to make a few bucks picking strawberries for a local farmer and that board has travelled with me most of my life. More men have died trying to cross those streets than I care to think about. I am glad those cardboard counters do not bleed when hit because the board would be illegible by now. 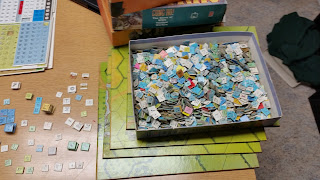 Going to sort these counters out soon. A lot of things are really getting organized and going through all the stuff I have hoarded over the years has been pretty therapeutic.  In addition to the Warhammer display cabinet there are now several other miniatures and slot car cabinets scattered throughout the basement 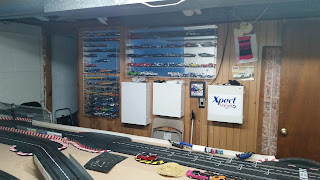 I would suggest to anyone that getting your collection organized is just as important as collecting in the first place. It is very nice to have everything sorted and uncluttered. My basement has never been better, and I am really glad used bath water no longer pours from the ceiling and swarms of bees do not sting me without mercy. (see older posts for details)
So what is the plan for 2018?  NOTHING NEW. NOT A SINGLE NEW THING. In fact this is my new theme song- Not safe for work or kids!
The real new and shiny for me right now is a rule set called Across a Deadly Field by John Hill, designer of the first Squad Leader. Purchased the books and read through them.  Now I have a huge urge to print out massive armies from this book and play a few games. Paper armies   But NO!  I can not allow myself to crawl down another rabbit hole or my ASL minis project and model car bodies will never get finished.
No new projects or anything, just learning to enjoy the wonderful things already piled around me. And finish some of the numerous started business projects.
But boy are those Civil War rules are appealing.......................and printing out some armies will not take that long.................................
See how hard it is?  ( the new year has not started, so technically I could still start the Civil War project today and not be in violation of my rigid resolution)
I also want to try to post more often. Just something to keep me accountable. It might motivate me to have to report things.
In any event, hope everyone has a Happy New Year and let's make 2018 a time of peace and prosperity.
﻿
﻿
Posted by Ken Krout at 10:52 AM 1 comment: