Hello again everyone.  It has been some time since I had anything interesting to talk about. Just keeping on with tinkering, making models, slot car racing, reading some books, and wondering what is going to happen with my favorite fantasy game. The rumors of 9th edition are kind of troubling. Actually I am sort of stuck in the past in more ways than I can count and will keep on sticking with old versions anyhow.  I have always intended to build every single army. Lately I have sort of soured on lizardmen anyhow. Just too New World for me.

So really that is not that interesting.....Work has been keeping me quite busy and currently I am not able to find the energy to carve out the free time needed to venture in to the frigid wasteland of my workshop and set for hours working on anything new.   And there are some distraction that are always going on. Right now the idea of writing and creating an animated movie has captivated me. I watched this crazy movie over the holidays and now making something like this is on my mind.

This movie was made in Denmark I think and they must do a great deal of cursing. I have always found profanity very amusing, since my first exposure to it in boot camp. My drill sergeant literally cursed about everything all the time. It was one of the funniest times ever.

So, today I have something interesting from my friend Elliot. He went to a convention on Baltimore called unpub 5.  It is a place for people to display their games and network and find ways to get published. . He had a great time and is an aspiring game designer.  Below is his report:


The Unpub convention was fantastic, a true hidden treasure, that’s been hiding from us for five years. How that happened, I have no idea. All the people there were absolutely fantastic and friendly. If there was any a place to gain inspiration, new ideas or insights, this would be one of them. It was a two day event with prizes for anyone to win. The First day jam was packed with people but no shortage of games to play or people to talk to. 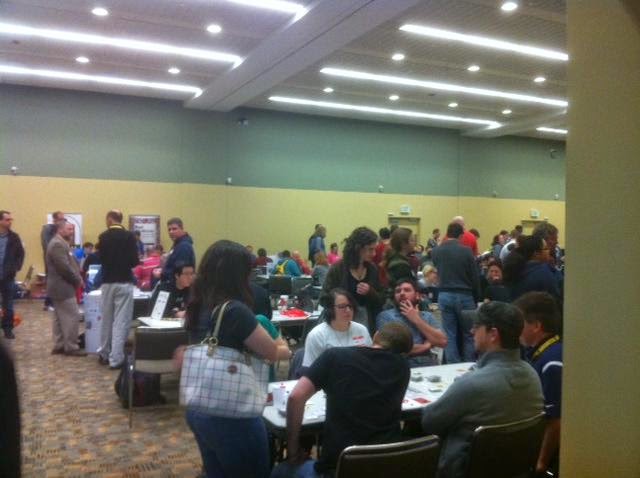 With around 75 tables in 2 rooms, 2-4 games per table and developers sometimes switching back and forth on a table to help improve the lack of table space, there was definitely no lack of games to be seen. I will highlight some of the more unique games I saw or played. 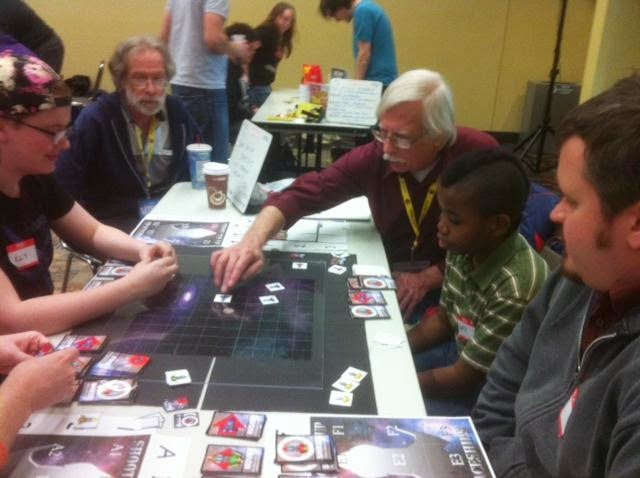 Here is a game with a very unique game play, shoot’em up space ships, a very get in their face bet ’em up with a wings of war style turn sequence created by two very cool retired dudes. There were also some younger creators 2 tables over that had the coolest and fun mecha battle card game, as well as a hexagon parachess like game. 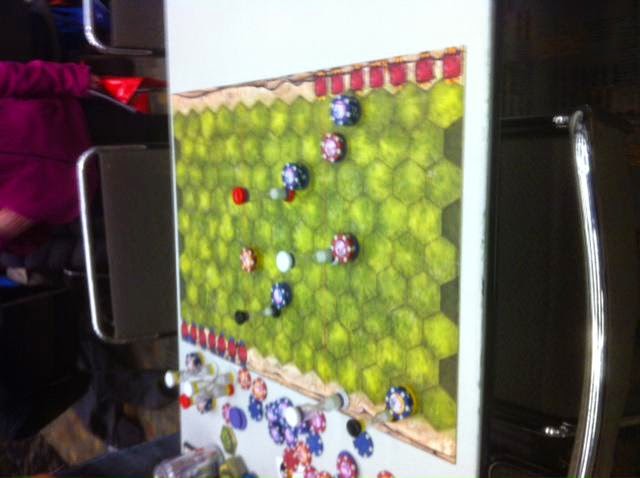 When it comes to unique game play this ,known as the rts game at the moment, takes the cake as there are no turn sequences but hourglasses that count down to the time you may activate a unit again. Units are of course the poker chips which also act as health.


As for the other room I have to say one of my favorite games I played there was known as the sheep game a fantastically simple and blend of what felt like two different worlds of games, the styles were of a deck building game like dominion and a resource grabbing game like Carcassonne. You build fences or mess with sheep with different cards then place your sheep within the fences. A simple and fun game. 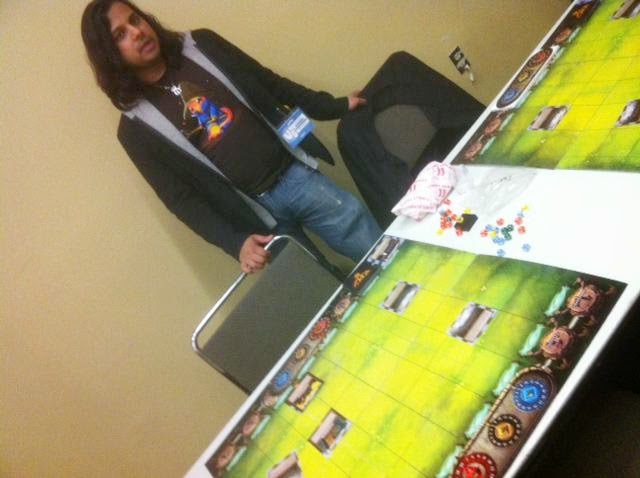 For the more hard core gamers, this very pronounced and artistically pleasing game was one of the main attractions. It was magic the gathering meets table top board game, units are placed on the board edge and maneuvered to try and reach the other end to destroy the opponent’s base all the while having magic thrown at them buildings aid or hinder them and other unique units trying to do the same. A fantastic idea I do hope develops as I see great promise for this game.


A fantastic convention, I hope to see unpub convention again next year in the Baltimore convention center.


Elliot seems inspired so maybe if you are into designing games you might want to check out unpub next year.

Ok, I will keep an eye out for anything remarkable and then promptly remark on it.  When I was younger I had a UFO encounter, lived in a haunted house and was in close proximity to a ghost, and saw undeniable evidence of bigfoot. That is the Triple Crown of cool things I can assure you.  Since then, NOTHING.  After such a promising start I thought by now I would have landed the Loch Ness monster on 12 pound test and then vanished in the Bermuda Triangle.  Maybe there is still time for all that...............

Seriously though, things are going pretty well and the future looks quite promising.  Thanks to Elliot for his superb recon work and writing up the report.