Hello again from this strange little place I dwell.  I have decide to bite my overly opinionated tongue a bit after my last outburst.  It is sort of like a story told by my Pastor.  Writing obnoxious commentary on forums is like peeing in a public pool. You offend folks but no one knows it was you.  When you spout off on a blog it is like standing on the diving board to pee in the pool. Someone down below is sure to identify the culprit.

I am here to make a pathetic plea for patience for those who may have been following along in my goal to make actual figures. I get distracted a bit from time to time and the world keeps on spinning. I planted a garden and surrounded it with razor wire, which was promptly penetrated by rabbit sappers who ate everything.

It occurs to me that a 28 ton plastic press could be easily reconfigured into a really kicking wine press. I planted some grapes and had an enormous crop in the works. Then I went out to this; 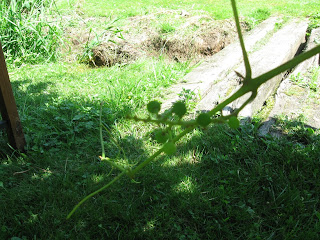 Birds had wiped out the future Proxie Winery before it even got started. They are so brazen to actually dwell within the vines, too lazy to even forage for food. 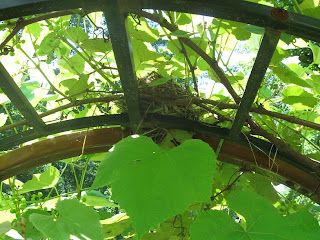 I build some slot cars too. This one turned out pretty neat. 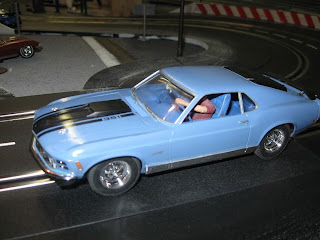 ﻿
﻿
I have also been working on the figure mold. Again. In between actually making money by building parts like this pile of bright shiny widgets. 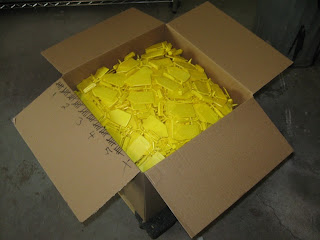 So how is the figure mold coming along.....not sure yet. It is close but I think it might not be good enough. I have to play around with it a bit.
Here is one glued together. 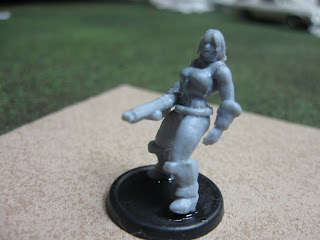 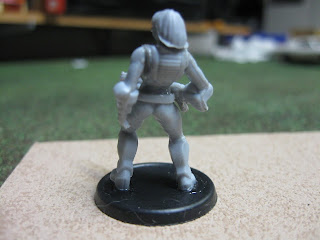 Going to paint it up and see what I think. I have certainly paid for worse, and it is hard plastic and not that crap  PVC stuff.  (sorry, there was that opinion poking out again)
But the head needs a little work to fit on correctly.  Other than that, I would be happy to send these out to fight. One stupid quirk and the whole thing is in jeopardy.
I like the weapon variants on the sprue. Here is one carrying an energy weapon and with an anti-tank gun. 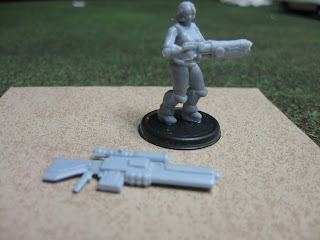 Going to ponder this one and plan some more stuff.  Still, it feels like it is inching closer and closer. Making homemade hard plastic minis right here in the USA. Each "almost" is a step forward and I like where this is going.
I have actually reached a tentative agreement with a couple of folks to do some design work and see about moving stuff along a bit. I was really swamped for a while, just look at this message board hanging in front of the machine haunting me. 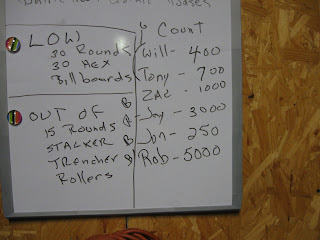 That is all done and before things pile up again it gives me some time to tinker with the supposedly impossible task of making figures. Someday.
Have a great Labor Day weekend everyone. Summer is going but fall is a close second for best time of year.
Posted by Ken Krout at 7:17 PM No comments: